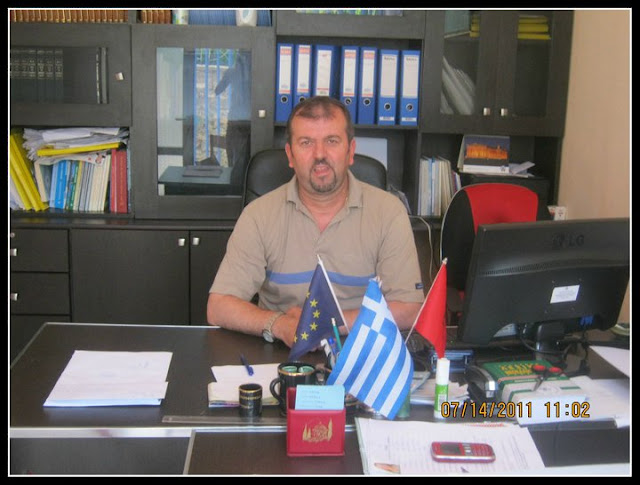 Posted by D-Mak in FYROM news 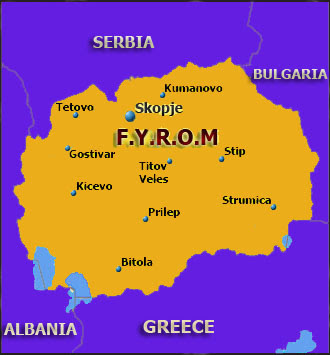 Perry was right on Turkey and Islamic terror

Those who befriend Iran and finance Hamas have made it clear that they are with the terrorists. 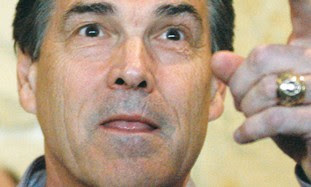 By REUTERS In the wake of Gov. Rick Perry’s withdrawal from the Republican presidential race, pundits will argue over the reasons for his rise and fall. But one thing is for certain: Perry was the only candidate who told the truth about Turkey’s support for anti-Israel Islamic terrorists.

Perry was roundly criticized after he remarked, in the January 17 candidates’ debate, that Turkey “is being ruled by what many would perceive to be Islamic terrorists.” The State Department called Turkey “a stalwart ally” of the United States that “plays a very positive and constructive role in the region.” The New York Times, in what was supposed to be an objective news report, asserted flat-out that Perry’s statement was “inaccurate” and characterized Turkey’s governing party as “moderate.” Huffington Post columnist Dorian de Wind mocked Perry as an “uninformed Texas cowboy.”

But within hours, Gov. Perry’s critics were left with more than a little egg on their faces as the foreign minister of Iran, the world’s leading terrorist state, arrived in Turkey for a visit aimed at further strengthening the already-friendly relations between the two countries. Iranian Foreign Minister Ali-Akbar Salehi announced in Ankara that trade between his terrorist regime and Turkey, which had been just $5 billion annually in the past, hit $15 b. in 2010 and will reach $30 b. by 2015. Salehi, by the way, has met his Turkish counterpart, Foreign Minister Ahmet Davutoglu, no less than 11 times in the past 12 months. How is that “positive and constructive”?

The truth about Turkish Prime Minister Recep Tayyip Erdogan and his government is that they have become experts at playing both sides of the fence – making “moderate” noises when Western ears are listening, while collaborating with Islamic terrorists and terrorist regimes whenever they can get away with it.

Thus while the United States has been struggling to find ways to stop Iran’s nuclear development, Erdogan has been defending the Iranians. During his visit to Tehran, the terror capitol of the world, in October 2009, he denounced Western sanctions against Iran as “arrogant.” He declared that anyone who criticizes Iran’s nukes should first give up their own nuclear arms. “We shared this opinion with our Iranian friends, our brothers,” Erdogan told reporters. Iranian president Mahmoud Ahmedinejad reciprocated by praising Erdogan for his “clear stance against” Israel.

In December 2010, Erdogan traveled to Libya – Muammar Gaddafi’s Libya – to receive the “Al-Gaddafi International Prize for Human Rights.” Erdogan was not the least bit embarrassed to accept such an award from one of the world’s worst human rights abusers and terror sponsors. He told reporters that relations between Turkey and Libya were “growing,” and that there was “much Turkish investment” in Gadaffi’s Libya. Three months later, the US was leading the NATO assault on Turkey’s Libyan friends.

Turkey’s support for the Hamas terrorists has been consistent, passionate and unequivocal. The Turkish government sponsored the May 2010 flotilla that was intercepted while attempting to bring prohibited materials to the Hamas regime in Gaza. Erdogasn’s claim that the flotilla participants were peaceful civil rights activists crumbled as the whole world watched the chilling YouTube video of the Islamic extremists on board trying to beat an Israeli soldier to death with baseball bats. Other Israeli soldiers were stabbed and nearly drowned. Erdogan said it was the Israeli soldiers who were “terrorizing” the Muslim baseball players.

The Turks attempted to send a second flotilla to Gaza last year, but were thwarted by the intervention of the Israel Law Center (Shurat HaDin). Flotilla organizers complained that the Center’s lawsuits and warning letters caused insurance companies to withdraw coverage of the ships, and resulted in Greek government inspections that found the boats to be unseaworthy and improperly registered. Prime Minister Erdogan may yet try another smuggling operation to Gaza, however, because his support for Hamas has few rivals.

He told PBS’s Charlie Rose last May: “I don’t see Hamas as a terror organization.
Hamas is a political party. And it is an organization. It is a resistance movement trying to protect its country under occupation.” Presumably the massacre of elderly Israelis attending a Passover seder at the Netanya hotel was a political statement, and the firing of a rocket into a kindergarten in Sderot helps resist attempts by Israeli five-year-olds to “occupy” Gaza.

According to media reports last month, Turkey intends to give Hamas $300 million in aid. And just two weeks ago, Hamas leader Ismail Haniyeh received the red carpet treatment on an official state visit to Turkey.

In his famous address to a joint session of Congress in the wake of the September 11 attacks, President George W. Bush declared: “Either you are with us, or you are with the terrorists.” Those who befriend Iran and finance Hamas have made it clear that they are with the terrorists. Just like Rick Perry said.
The writer is an Israeli attorney and the executive director of Shurat HaDin – Israel Law Center 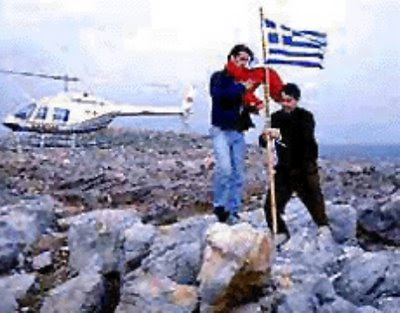 (AP) – 6 hours ago
ATHENS, Greece (AP) — He was known for his slow and dream-like directing style and had enough stamina at 76 to be working on his latest movie.
But award-winning Greek filmmaker Theo Angelopoulos was killed in a road accident Tuesday after being hit by a motorcycle while walking across a road close to a movie set near Athens' main port of Piraeus.
The driver, who was also injured and hospitalized, was later identified as an off-duty police officer.
The accident occurred while Angelopoulos was working on his upcoming movie "The Other Sea."
Angelopoulos had won numerous awards for his movies, mostly at European film festivals, during a career that spanned more than 40 years.
In 1995, he won the Grand Jury Prize at the Cannes Film Festival for "Ulysses' Gaze," starring American actor Harvey Keitel. Three years later, he won the main prize at the festival, the Palme d'Or, for "Eternity and a Day," starring Swiss actor Bruno Ganz.
"The atmosphere, symbolism and historical context of his cinematic storytelling went beyond the art form that he worked in and inspired young filmmakers," Greek President Karolos Papoulias said Wednesday. "(This) occurred at a time when he was extremely creative and the country was in need of his insight, making his absence all the more painful."
Survived by his wife Phoebe and three daughters, Angelopoulos is to be buried Friday at Athens' First Cemetery.
Greece's state Ambulance Service, meanwhile, has ordered an inquiry into reports that paramedics arrived at the scene of the accident 45 minutes after they were called.
Born in Athens in 1935, Angelopoulos lived through the Nazi occupation of Greece during World War II and the ensuing 1946-49 Greek civil war — recurring themes in his early films.
He studied law at Athens University, but eventually lost interest and moved to France where he studied film at the Institute of Advanced Cinematographic Studies in Paris.
After returning to Greece, he worked as a film critic for a small, left-wing newspaper and started to make films during Greece's 1967-74 dictatorship.
Described as mild-mannered but uncompromising, Angelopoulos' often sad and slow-moving films mostly dealt with issues from Greece's turbulent recent history: war, exile, immigration and political division.
It was not until 1984 with "Voyage to Kythera" that his scripts were written in collaboration with others.

Angelopoulos attracted mostly art-house audiences, using established actors including Marcello Mastroianni and Jeanne Moreau in two of his most widely acclaimed films, "The Bee Keeper" and "The Suspended Stride of the Stalk."
His bleak landscapes, slow editing pace and long spells without any dialogue meant his movies did not always please filmgoers or critics.
American film critic Roger Ebert wrote of "Ulysses' Gaze": "There is a temptation to give 'Ulysses' Gaze' the benefit of the doubt: To praise it for its vision, its daring, its courage, its great length. But I would not be able to look you in the eye if you went to see it, because how could I deny that it is a numbing bore?"
In a rare television interview last year, Angelopoulos said his next film was to be about Greece's major financial crisis. He publicly called on rival political parties to work together to try and ease the hardships facing many Greeks.
"I remain a leftist in total confusion," he told state-run NET television.
Several months later, the country's two main rival political parties agreed to form a coalition government to tackle Greece's enormous debt problems.
"This is an emergency situation. We must realize this. So we must all examine what can be done — the left and right. This is my plea," he said in the interview. "I am afraid of what tomorrow will bring."

An award-winning Greek film director, Theodoros Angelopoulos, has died after being hit by a motorcycle.
Angelopoulos was 76. He died in hospital from head injuries after being knocked down near the port of Piraeus.
He was famous for a style of film that involved long, carefully choreographed sequences, as he examined political and historical themes from modern Greece.
He won the top prize at the 1998 Cannes Film Festival - the Palme d'Or - for his film Eternity and a Day.
Many of his other films - including Ulysses's Gaze and The Travelling Players - also received awards and high critical praise.
The Nazi occupation of Greece in World War II and ensuing civil war were big themes in his early films.
He had started shooting a new film about the effect of the current economic crisis on Greeks. He was crossing a road when the motorcycle hit him.
Posted by M. Η. Μ. at 3:04 μ.μ. Δεν υπάρχουν σχόλια: