FYROM and Greece: Preconditions for an agreement of lasting peace and good neighborly relations. 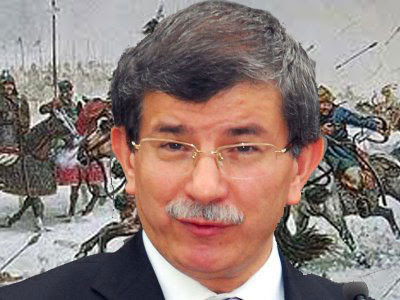 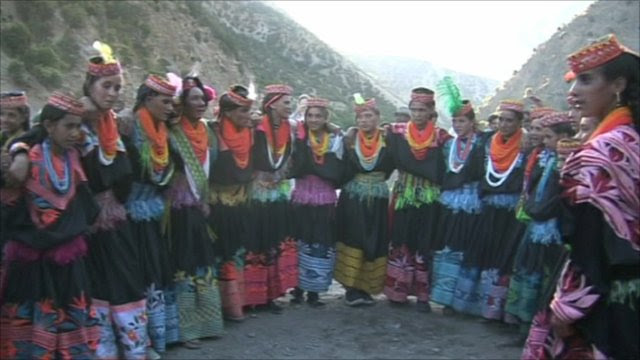 Click to play
The Kalash people celebrate their annual Joshi (spring) festival with dancing and wine
A liberal outlook and festivals where social norms are turned upside down set the Kalash people of north-western Pakistan apart from the rest of the country. But their culture is under threat as Nosheen Abbas found out.

Entering the Rumbur valley, Pakistan, with all of its violence and militancy, felt like it was left behind. No electricity, phone signals or newspaper stands are to be found in the village of Balanguru, precarious and beautiful, perched between mountains.
Preparations for the Joshi (spring) festival were well under way when I visited: women and men were sitting chatting together, brewing the wine to be drunk, stitching colourful outfits, and on the eve of the celebrations, beating a drum late into the night while dancing.
"Parents don't let their small children drink, but by 13 or 14 you can start drinking here," said Jamrat, one young Kalashi, while another 18-year-old girl was too drunk on festival eve to give an interview.

This is far removed from ordinary Pakistani life where most people adhere to an Islamic code, shunning drink and dance. The Kalash, on the other hand, worship their own gods.
Pakistanis would view Kalash culture with disapproval but nevertheless many, mostly men, still flock to the valleys from around the country to experience the liberation the festival offers.
The Kalash use the blanket term "Punjabi" for the Pakistani men who suddenly show up in the village staring at women, trying to "chat them up", and making many feel uncomfortable.They do not consider themselves Pakistani. In fact, they call anybody from elsewhere in the country "Pakistani" - as if it that term would not cover themselves as well.
But it was in the heady mix of the festival that the first clues appeared about the pressures the outside world is beginning to exert upon this society.

Security was heightened in the valleys - a sign that Pakistan's problems can intrude upon even the most isolated communities. A walk-through security gate looked out of place at the foot of the mountain before a winding staircase that led to the heart of the festival.
Here euphoric Kalash people were dancing and singing and there was a distinct whiff of marijuana in the air. There was a small and unconvincing hand-written sign hanging somewhere, warning spectators that drinking was not allowed.
Militant threat All the while, the anti-terrorist squad was scattered across the valleys. Every few steps, stood an upright man in uniform, holding a gun to his chest. And new rules dictate that each foreigner visiting the area must have their own security guard.
"It's ridiculous," says Shane Brady, an Irish tourist. "The police were first being put up in our room, then when we refused, they slept right outside our room."
Saifullah Jan, the owner of a local guest house in Balanguru, feels strongly about it too.
"The police are a hassle here. It's ruining tourism," he says.
Foreign visitors are supposed to pay for their guards' food and accommodation, he adds. When they refuse, supporting the guards becomes a burden for the locals.

Ever since the Taliban kidnapped a Greek man in 2009 who had been living and teaching in the Bumburet valley, security has been heightened. And in a country where minorities are increasingly attacked, the authorities are taking extra measures.
Since the kidnapping, people living in the valley have had to be more alert, says one of them, Ishfaq Ahmed. "I don't know if I can call it afraid, because no Kalash will ever leave."
But, he adds, people are aware of the constant underlying threat. He recalls an incident when militants from Nuristan in neighbouring Afghanistan kidnapped six labourers; four were killed and the pictures of their dead bodies released. The other two were set free.
An intelligence agent, who wished to remain unnamed, was also present at the festival - he said the Taliban had been a threat for the last two or three years. 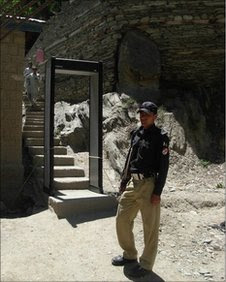 Security guards were visible everywhere during the festival
Love and conversion At the foot of the entrance to the festival in Rumbur was a mosque, which was in the village next to Balanguru. The increasing rate of conversion to Islam is yet another sign that Kalashi culture risks being eroded. A young man with a kind face, a beard and skull-cap stood nearby.
"I don't go to the festival anymore. I think it is wrong and according to Islam it is not good," Muhammad, a converted Kalash, told me.
In the Bumburet valley, Sunni Muslims are now a majority. According to Ishfaq Ahmed, Muslims and Kalash co-exist peacefully.
"It's a brotherly relationship and Muslims are OK with their festivals." But, he says, "there are some who don't like the Kalash and tell Muslims not to attend the festivals."

"The younger generation is not into the traditions”

Luke Rehmat
Love and marriage appear to dictate the ebb and flow of conversion. Jawad, a sharp and smiling 21-year-old, told me how while studying in the city of Faisalabad in Punjab province he fell in love with a local girl but was unable to marry her because he refused to convert to Islam. He says he was approached numerous times by evangelical groups trying to push him to convert.
"They tell us we'll go to heaven and it's the right path if we convert. But I've told them that it is all up to God whether I convert or not."
One girl told me that more Kalash girls convert, and it generally happens when they get married. For Luke Rehmat the main reasons Kalash convert is the expense of their culture: funerals are expensive, and although weddings are not, traditional clothes are also pricey. These factors may yet prove a defining force for the future of Kalash identity.
The festival does succeed in creating a sense of pride around the valley in the unique atmosphere of liberation and relaxation. Boys and girls openly spend carefree time together, joking and laughing. 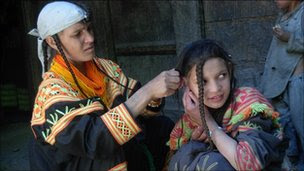 Many warn that the younger generations are not interested in Kalash traditions
Many of the children performed a ritual at their local temple on the night before the festival began. As old women made walnut bread and men adjusted the traditional coloured feathers for their caps, all that was unique and enchanting about Kalash culture was on display for the gathered visitors.
But many people reminded me that some traditions had already disappeared. And one Kalash resident, Luke Rehmat, sounded a further note of warning.
"The younger generation is not into the traditions," Mr Rehmat said. "They don't want to learn songs and take part." 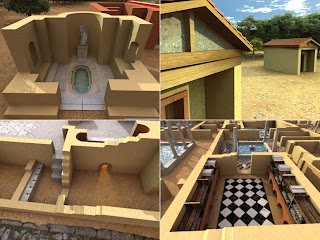 Athens: New life is being brought to the Ancient Agora of Dion ("city of Zeus"), the religious capital of the ancient Macedonians, at the footsteps of Olympus, through an extensive program of archaeological restorations. The work is overseen by professor Demetrios Pantermalis who is the head archaeologist at Dion since the 1970's. 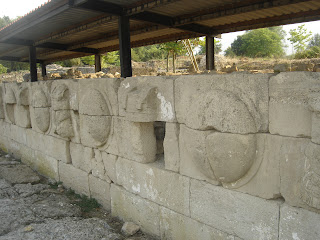 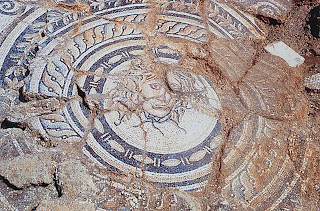 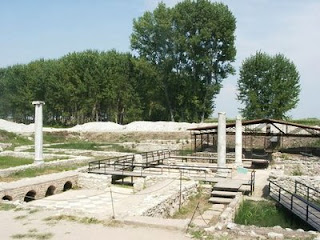 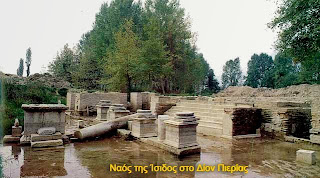