(Deputy Head of the Political Studies Department at Bar-Ilan University in Israel. He has been closely cooperating with Greek academics for almost two decades)

The Hellenic Airforce is in action over the skies of Israel for the first time in its history, helping fight the flames of Israel’s worse-ever natural disaster. Greek firemen are battling the blazes alongside their Israeli counterparts. Thousands of Israelis, stranded in their homes, are standing on rooftops cheering as Greek fire-fighting aircraft swoop over the flames one by one, discharging great amounts of water over the gigantic flames which threaten to engulf Haifa, Israel’s third-largest city.

Over 40 Israelis were killed yesterday in the country’s biggest-ever forest fire. The fire started on Thursday morning at Mount Carmel, in the north of the country, and within hours spread over hundreds of square kilometers. Early suspicions may point to arson: in the past, terrorists were known to ignite forests in an effort to lay waste to Israel’s vast efforts to plant trees in such an arid land. Many thousands of citizens were hurriedly evacuated as the security forces struggled to cope with a fire totally out of control. A bus full of young prison-service cadets, rushing to save prisoners in a nearby prison, was engulfed by flames and 40 of its young occupants were killed. Entire villages were laid waste. Forest fires are uncommon in Israel and the country does not have any aerial firefighting capabilities. As the Israeli fire service reported its inability to cope with such a massive disaster, Prime Minister Benyamin Netanyahu set about calling Israel’s friends all over Europe for help. 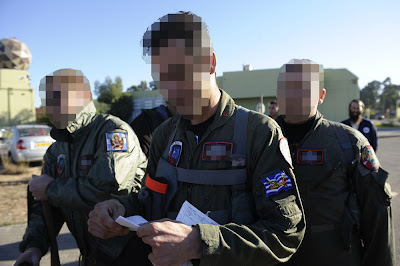 The first to respond were Greece and Cyprus. While such European giants as Germany and Britain were asleep, Hellenic pilots were climbing into their cockpits for their short flight to Israel, while dozens of Greek firemen, well trained in dealing with large forest fires, volunteered to help Israel. Four Greek firefighting aircraft arrived at Israel’s Ramat David air base early in the morning. They were greeted by the Commander of the Israeli air force, General Ido Nechoshtan, who simply said “the skies are yours”. The Greek pilots were joined by Israeli navigators and immediately began filling their planes with sea water and dumping it over the flames, which already reached the eastern areas of Haifa, an industrial metropolis of a million citizens. Greek efforts were bolstered by Cyprus’s only fire-fighting helicopter, which arrived from Larnaca, and by 100 firemen from Bulgaria. Firefighting efforts are now frantically concentrated on saving lives and preventing further urban areas from being consumed by flames.

When Nazi Germany conquered Europe, including the Hellenic Republic, the United States Senate wanted to keep the US out of the war. US President Franklin Roosevelt, in perhaps the most memorable speech of his political career, strongly called for help to the besieged people of Europe. When your neighbor’s house is on fire and you have a water hose, he said, you don’t wait and argue; you give him the water hose and help him fight the fire. The Hellenic government and people acted today in the spirit of Roosevelt and all freedom-loving people in the world. Such help, which only a few years ago may have seemed unthinkable, continues to strengthen the growing bond between Israel and Greece, between the Jewish and Hellenic people. We are both small minorities threatened to be engulfed by a sea of radicalism in our region. With their rich heritage and history, both the Hellenic and the Jewish people fought for three thousand years to preserve their own identities and cultures. Today’s help will not be forgotten. Israelis salute the help of the Greek government, army and authorities, and the bravery of those Greek pilots and firemen who came to us in our hour of need. Well done, friends!