The Opinion Pages |THE NEW YORK TIMES EDITORIAL BOARD 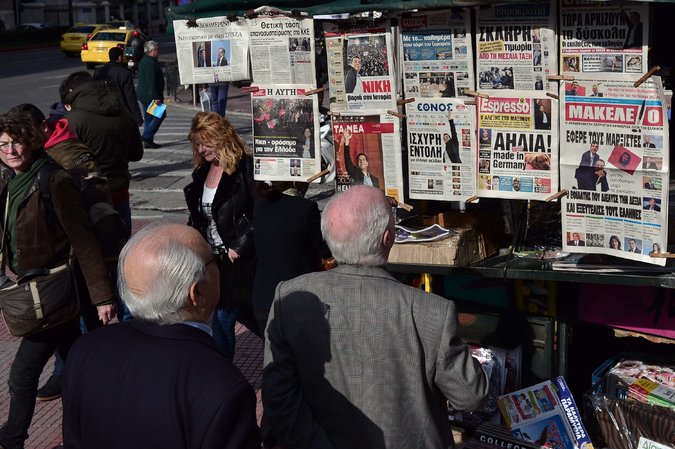 The message from Sunday’s elections in Greece was unambiguous: The Greeks cannot and will not continue to abide by the austerity regime that has brought their economy to its knees. It was a message the Germans and other Europeans who continue to insist that Greece pay off its mountainous debt, no matter what the damage, must hear. Persisting on their dogmatic course is not only wrong for Greece but dangerous for the entire European Union.
It is too soon to anticipate how Alexis Tsipras, the maverick politician whose left-wing Syriza party won 36.3 percent of the popular vote and nearly gained an outright majority in Parliament, intends to deliver on the promises he made to voters to abandon the austerity program while reducing the nation’s debt and retaining the euro.
These goals are fundamentally incompatible, but the new prime minister has signaled to Europeans that he is ready to moderate his ambitions once in office. It is essential that Chancellor Angela Merkel of Germany, who is seen by Greeks as the prime architect of the austerity program, and the “troika” of the European Commission, the European Central Bank and the International Monetary Fund, which manage the Greek bailout, demonstrate a similar readiness to ease the size and conditions of Greece’s debt burden.
Some of the creditors still seem to feel that a debt is a debt to be repaid in full, and that the Greeks “deserve” punishment for their history of profligate spending and habitual tax evasion. But shrinking an economy by a quarter and throwing more than half the young people out of work — policies Mr. Tsipras has likened to waterboarding — is not the way to enable a country to pay back its debts. Greece needs some breathing room, not only to give Mr. Tsipras a chance to turn the country around but also for the sake of the rest of Europe.
Greece may be exceptional in the size of its debt burden, now about 177 percent of G.D.P., and its systemic problems run deep. But Greeks are not unique in their feelings of alienation and anger over the economic crisis that spread to many of the poorer countries of the European Union, and Syriza is hardly the most radical of the fringe parties that have arisen across Europe in reaction to the crisis. If Greece is pushed to the limit and compelled to default on its debt payments, and even to abandon the euro, the economic repercussions would spread through all Europe. Politically, a “Grexit” — Greek exit from the euro — would shatter the assumption that there is no retreat from the euro and further destabilize Europe. And it would certainly add fuel to anti-European Union sentiments that have propelled the growth of far-right parties.
Of course, Mr. Tsipras must use his popular mandate to push through the fundamental domestic reforms that his predecessor, Antonis Samaras, had begun. The moneyed elites’ aversion to paying taxes must be brought to an end, along with the corruption, nepotism and cronyism in government. Opposing austerity does not mean abandoning reform as a group of prominent economists wrote recently in The Financial Times.
There is not a lot of time, though. Greece’s current bailout program expires on Feb. 28. European Union leaders — Mr. Tsipras among them — are scheduled to gather in Brussels on Feb. 12. An announcement there of an extension of the program for several months would be a good signal that the Europeans have heard the cry of the Greeks and are prepared to be more sensible.