The Heat Is on Greece’s Alexis Tsipras, From Inside and Out 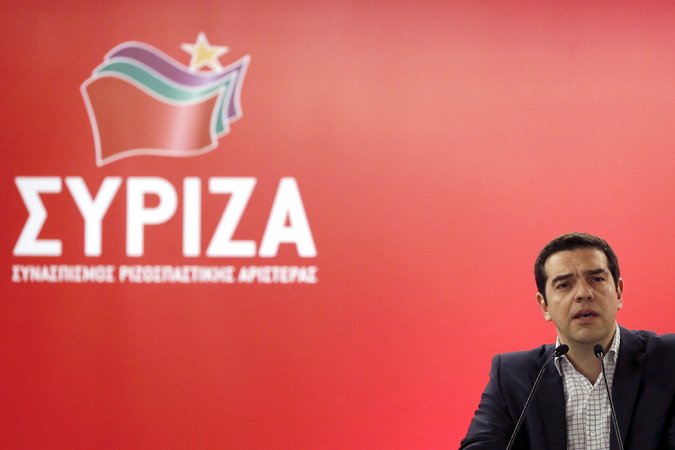 ATHENS — With Greece in the final stretch of negotiations with its creditors, aimed at unlocking rescue loans the country needs to avert an imminent default, Prime Minister Alexis Tsipras faces growing pressure from the ranks of his own party.

After weeks of simmering dissent among the more radical elements of his leftist Syriza party, Mr. Tsipras on Sunday faced his biggest challenge from within the party since taking office in January. A faction known as the Left Platform proposed that Greece stop paying its creditors if they continue with “blackmailing tactics” and instead seek “an alternative plan” for the debt-racked country.

The proposal came as the interior minister, Nikos Voutsis, told Greek television that Athens would not be able to make debt repayments of 1.6 billion euros, or nearly $1.8 billion, that are due next month to theInternational Monetary Fund, one of Greece’s three international creditors.

That Mr. Tsipras’s more moderate stance prevailed represented a small victory for the prime minister. But the strong support for the Left Platform’s proposal indicates that Mr. Tsipras faces a difficult balancing act as he tries to seal a deal with creditors and bring it to Parliament.

Syriza came to power on a promise to take a hard line with creditors in debt negotiations and resist the type of austerity measures that are blamed for driving up unemployment to 25 percent and slashing household incomes by a third. But Mr. Tsipras has had to soften his approach as he has worked for months to reach an agreement with the country’s three international creditors — the I.M.F., theEuropean Commission and the European Central Bank — and unlock €7.2 billion in bailout funds that Greece needs to meet debt repayments over the summer and remain solvent.

His challenge now is to keep the backing of a majority of Syriza’s party officials and legislators as he moves ahead.

In a speech to the central committee on Saturday, Mr. Tsipras told party officials that Greece was “in the final stretch of negotiations.” He said he would not submit to creditors’ “irrational demands” on value-added taxrates, further liberalization of the labor market and changes to the pension system — the main sticking points.

The party’s central committee on Sunday voted in favor of Greece reaching a “mutually beneficial deal” with creditors that was not based on further austerity measures.

Such a deal, the committee said, should set low targets for Greece’s primary budget surplus, avoid further cuts to pensions and government salaries, restructure Greece’s debt and introduce a strong investment plan to help the country emerge from years of recession. The text of the decision did not rule out halting payments to creditors, “if things reach a marginal point.”

Mr. Lafazanis, the Left Platform leader, suggested that the impact of Greece’s exit from the eurozone could be manageable. “Who says an exit from the euro and return to the national currency would be catastrophic?” he said, adding that the government should start preparing Greeks for the possibility of an “alternative solution” to avert the imposition of new austerity measures and privatization of government assets.

The growing resistance from within Syriza comes as Wolfgang Schäuble, the German finance minister, has taken a harder line on Greece, insisting that the country commit to reforms in return for the funds and refusing to rule out the possibility that Greece could default on its debt.

In the meantime, more voices have been added to the discussions about a possible Greek exit from the eurozone. Over the weekend, Alan Greenspan, the former Federal Reserve chairman, said it was only a matter of time before Greece left the euro, while Warren E. Buffett, the billionaire investor, indicated that the euro could benefit from a Greek exit.